My little dog, Carrie, made me very cross this last week. I opened the front door to get the mail and she dashed out, across the road to chase a cat, which isn’t a problem, but then she refused to come back when I called her. I tried to cajole her, to put a stern note in my voice, to shout at her, to ignore her, and pretend I was leaving her outside. But none of it helped, the dog was on a mission to find that cat and wasn’t interested in me or my commands.

Now, I don’t assume from that that Carrie doesn’t love me. I am cynical enough to realise that my dog probably only ‘loves’ me because I feed her, pat her, scratch her and let her into my warm bed. I don’t think animals are capable of love as humans know it, because love involves more than just gravitating towards someone who meets your needs. Love has to do with selflessness and being prepared to put another’s needs above your own. 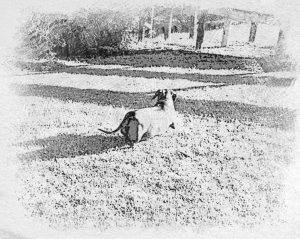 Many people say they love God. However, the Bible is clear though that the litmus test for whether someone truly does love God, is not what they profess to feel, but whether they obey what God says.

1 John 2: 3-6 says “Now by this we know that we know Him [Jesus], if we keep His commandments. He who says, ‘I know Him,’ and does not keep His commandments, is a liar, and the truth is not in him. But whoever keeps His word, truly the love of God is perfected in him. By this we know that we are in Him. He who says he abides in Him ought himself also to walk just as He walked.”

So, I can’t be like my naughty dachshund and claim to love my owner, yet refuse to turn away from my own pursuits to obey His commands. I need to show my love for my Master by living according to what He says and bringing my life into line with His will.