IF you are not a Christian but are thinking of becoming one, there is something important you should know: it may cost you your life. Not just figuratively, either – literally. Christianity is not for weaklings, do you even have what it takes?

Martyrdom is possible in many places in the world now, even more so than at other times in history. One Free World International, which helps persecuted minorities, estimates that between 200 and 300 million Christians are currently being persecuted worldwide, in places like China, Pakistan, North Korea and the Middle East.

In Nigeria, Boko Haram have put the country ahead of the rest of the world in Christian martyrdoms, with 1,350 confirmed killed last year. One of the latest casualties being Pastor Lawan Andimi (pictured), who was beheaded by the militant Muslim group, leaving behind a wife and seven children. 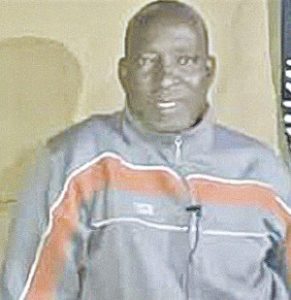 “As Christians, knowing there is life after death, we nevertheless value the gift of this life,” stated chief executive Mervyn Thomas, “and we join in mourning an uncommonly courageous man, who despite knowing death was a very real prospect, maintained a calm and deep faith that will continue to inspire for generations.”

He was referring to the pastor’s “hostage video”. When the group made Andimi beg for his release, he instead turned it into an opportunity to declare his faith in God and call upon others to remain strong.

“I have never been discouraged,” Andimi says on the footage, “Because whatever condition one finds himself in is in the hand of God. A God who takes care of me and gave me my life will still work in these people and touch them. By the grace of God I will be together with my wife and children. If the opportunity is not granted maybe it is the will of God. I urge you all to be patient. Don’t cry, don’t worry, but thank God for everything.”

Andimi refused to give up his faith in Jesus and turn to Islam, and it cost him his life.

Gideon Para-Mallam, of the International Fellowship of Evangelical Students said: “Rev. Andimi died a martyr and therefore a Christian hero. The blood of martyrs is the seed that waters and grows the gospel of peace as good news to a broken and hurting world, which Jesus Christ called us to proclaim. Rev. Andimi’s blood will water the spread of the gospel in North East Nigeria, and other parts of the world.”

And where is the good pastor now? According to the last book of the Bible, Revelation, he is in the throne room of God.

“When [the angel] opened the fifth seal, I saw under the altar the souls of those who had been slain because of the word of God and the testimony they had maintained. They called out in a loud voice, ‘How long, Sovereign Lord, holy and true, until you judge the inhabitants of the earth and avenge our blood?’ Then each of them was given a white robe, and they were told to wait a little longer, until the full number of their fellow servants, their brothers and sisters, were killed just as they had been.” (Revelation 6:9-11)

Later we are told “After this I looked, and there before me was a great multitude that no one could count, from every nation, tribe, people and language, standing before the throne and before the Lamb. They were wearing white robes and were holding palm branches in their hands. And they cried out in a loud voice: “Salvation belongs to our God, who sits on the throne, and to the Lamb.” (Revelation 7:9-10)

And finally: “And I saw the souls of those who had been beheaded because of their testimony about Jesus and because of the word of God. … The second death has no power over them, but they will be priests of God and of Christ and will reign with Him for a thousand years.” (Revelation 20:4b, 6b)

So, although Christianity may cost you untold pain and suffering, millions have counted the cost and decided it is worth it for the relationship they have with Jesus now, and the promised eternal life and the glory that will be revealed at the end of the age.

Do you dare to join them?