SO, you think you know nothing about the Bible and that it doesn’t influence your life in any way?

Even if you have never read the best selling book in history, your Biblical knowledge might be better than you think, as several common English sayings have their roots in “the Good Book”. 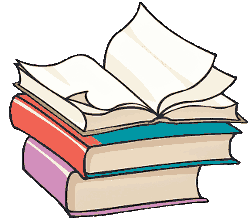 Many people will know that the term “good Samaritan”, “forbidden fruit” or the phrase “an eye for an eye” comes from the Bible; but did you know that “eat, drink and be merry” (Ecclesiastes 8:15), “a fly in the ointment” (Ecclesiastes 10:1) and “a drop in the bucket” (Isaiah 40:15) are also Biblical?

The idea of a “scapegoat” who takes the blame comes from an Old Testament law in Leviticus 16; Pontius Pilate “washed his hands of the matter” when Jesus was brought before him and King Belshazzar literally “saw the writing on the wall” before disaster hit.

“A sign of the times” comes from Matthew 16, “in a twinkling of an eye” from 1 Corinthians and “to put words in one’s mouth” from 2 Samuel. These are just a few examples of the myriad Biblical allusions we encounter in English every day.

In the same way that Biblical phrases have peppered our language, Biblical ideas are an integral part of our Western thinking. The very un-survival-of-the-fittest idea of honouring and helping the old and the weak; the virtue of duty to others as opposed to selfishly doing what you want, or mercy as opposed to revenge; the concept of monogamous marriage; and whole counter-intuitive idea of forgiveness, all have their roots in the Bible.

If one then looks at how many of the founders of our Western universities, schools, hospitals and aid agencies were influenced by their Christian beliefs, and how many scientific discoveries and medical breakthroughs happened due to a Biblical understanding of a world made by design and working according to predictable laws, then one realises the truly profound influence the Bible still has on all our lives.

Why not find out what this ancient book is all about by reading the Old and New Testaments for yourself? You might be surprised how much of it you recognise!